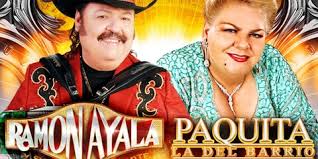 Ramon Ayala has become one of the most recognizable names in Spanish-American music in the last forty years. By blending traditional and modern instruments with authentic lyrics and melodies he literally created the modern norteño music and has remained at the top of his game for decades.

The man is a living legend and the undisputed “King of the Accordion.” He has over 100 albums under his belt and a career that has triumphed over adversity, band breakups, and personal strife. And through it all he has remained strong and dedicated to his craft. That passion has paid off. Raymon Ayala has been nominated for multiple awards and has won four Grammy Awards for his innovation and experimentation.

Now is your chance to experience this unique blend of modern sound with traditional passion live. Raymon Ayala is coming to The Long Beach Convention & Entertainment Center for one night only.

For one night only Ayala will bring his northern ranchera style music to Long Beach for an unforgettable evening of history, passion, and master craft. This year he will be bringing two very special guests along with him.

Paquita La Del Barrio—this Grammy Nominated ranchera singer has been touring the world since 1970 and has become a champion of women’s rights—fighting against the typically patriarchal Mexican culture with witty tongue-in-cheek lyrics and passionate phrases. Her songs have become juke box staples in Mexican clubs and cantinas–perhaps her best-known is La Rata in which she compares a former lover to various rodents!

Rieleros Del Norte—This Mexican band was born in the mid-1980s and moved to Texas to expand their audience. Their known for blending non-traditional saxophone in with accordion to create a unique style of norteño music that defies tradition but still embraces its heritage. They’ve released dozens of albums over their 30-year career and remain one of the oldest and most respected norteño bands around.

If you’re looking for Raymon Ayala tickets—you’ve come to the right place. The Raymon Ayala show at Long Beach Convention Center takes place on November 12th with the musicians taking center stage at 7:00 PM. Plenty of parking, an excellent venue, and unforgettable music!